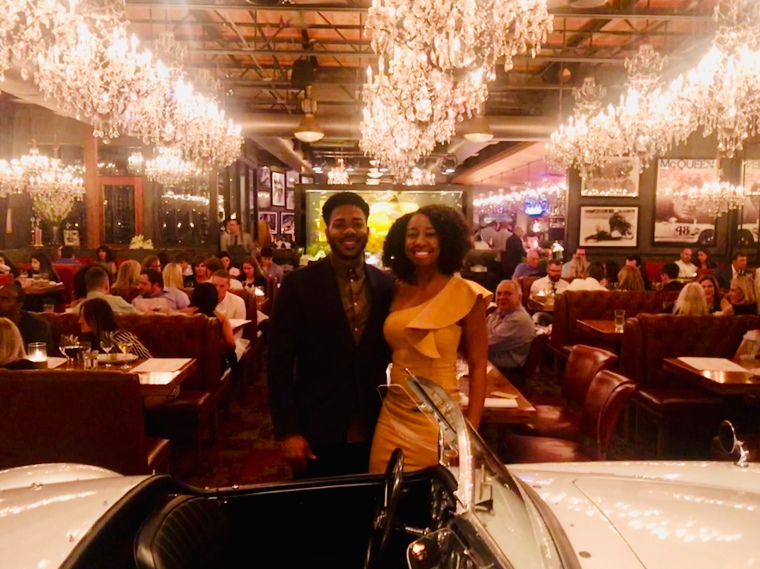 Every year when it’s time for my husband and I to celebrate our anniversary, we usually take a trip somewhere. This year being in a different financial situation, we decided to keep it close by in Dallas and experience all it had to offer. I had no idea what to expect because my husband can sometimes be notorious for super secret surprises and this year was no different. Join in on the adventures of the evening. 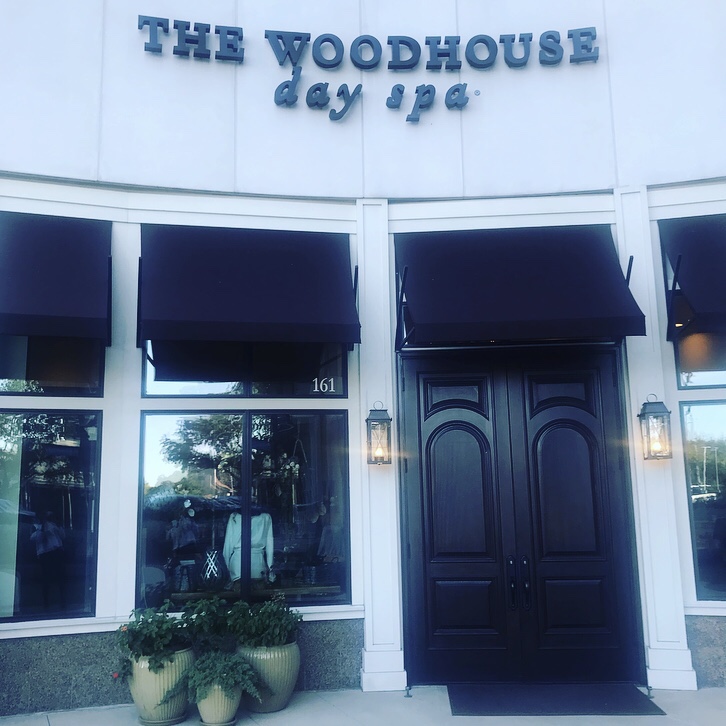 Saturday started with me getting a relaxing massage at Woodhouse Day Spa in Fort Worth. This was a birthday gift from my mom and sister that I was FINALLY choosing to utilize. As soon as I got there, I changed into a robe and slippers and was brought a mimosa while I filled out forms (that is how I would like to fill out all forms from now on LOL). 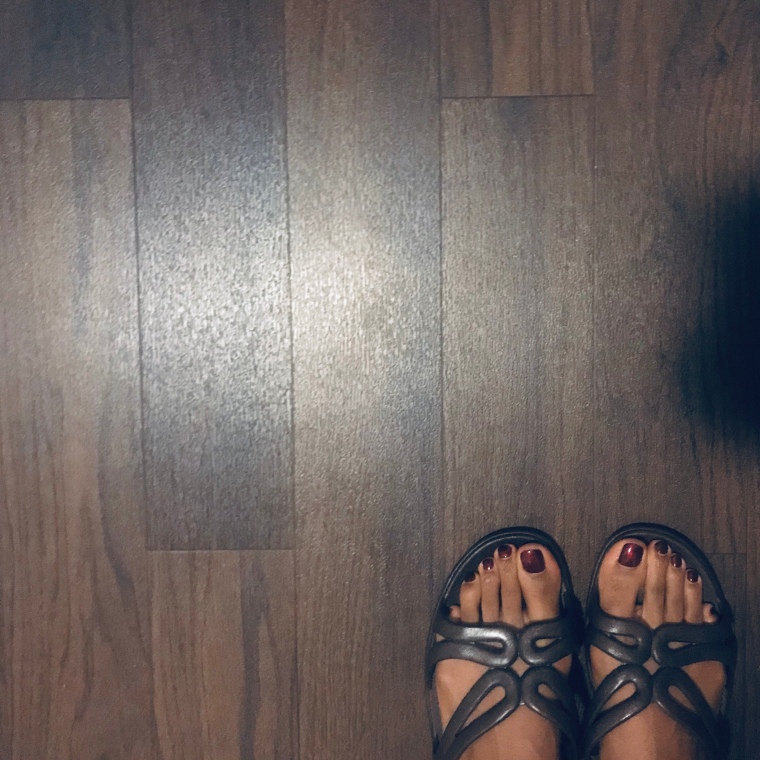 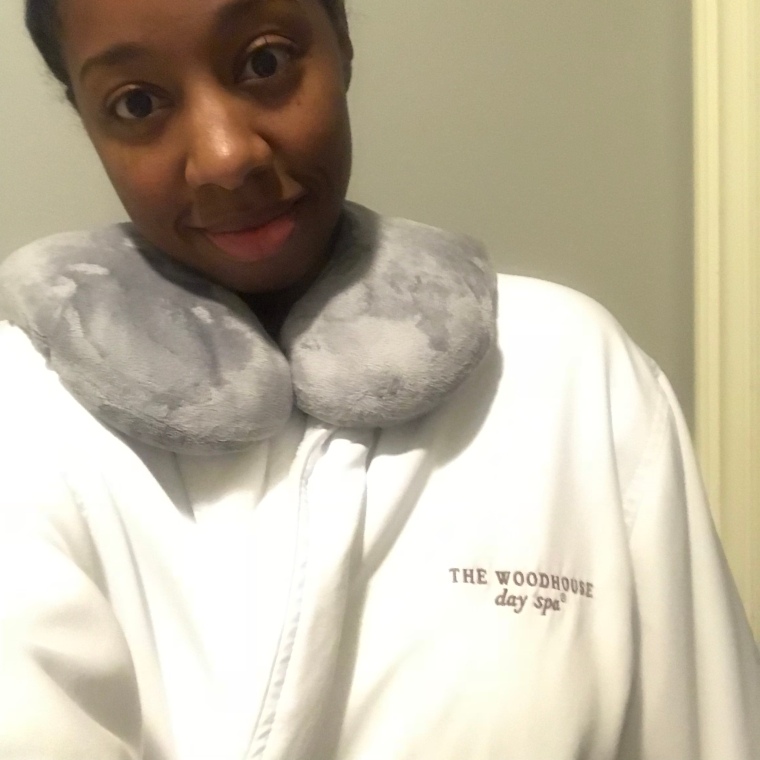 After finishing, I went in with my masseuse for an hour long Swedish massage. I really needed it because I could feel knots in my shoulders from my constant bad form in how I carry my upper body weight. Needless to say the experience left me super relaxed and drowsy. I was escorted back into the waiting room to finish relaxing before heading back home.

When I arrived at home, I really wanted to take a nap, but with all the secrecy of the day peaking, I decided to hold off until after reading the card my husband wrote me. 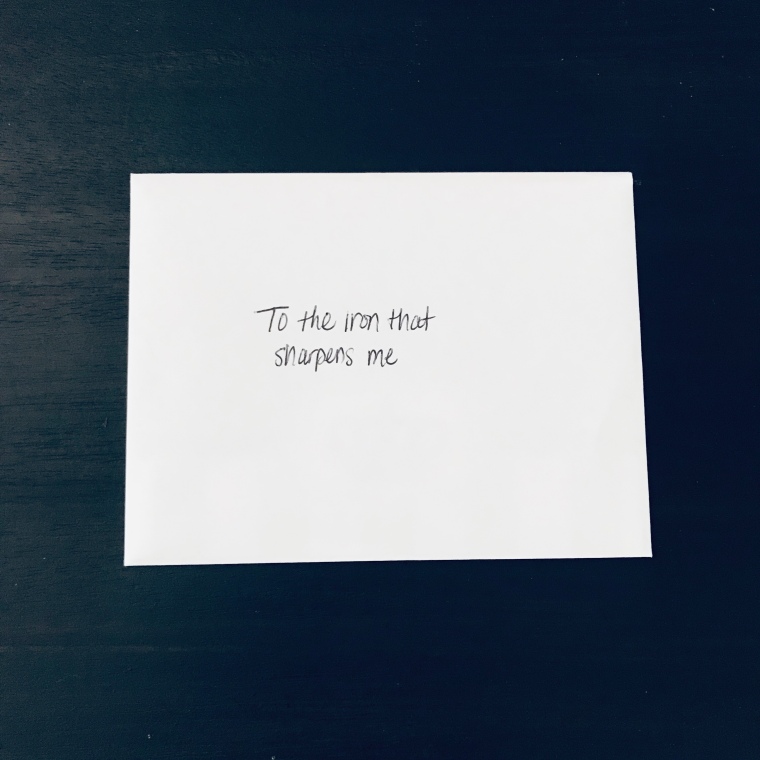 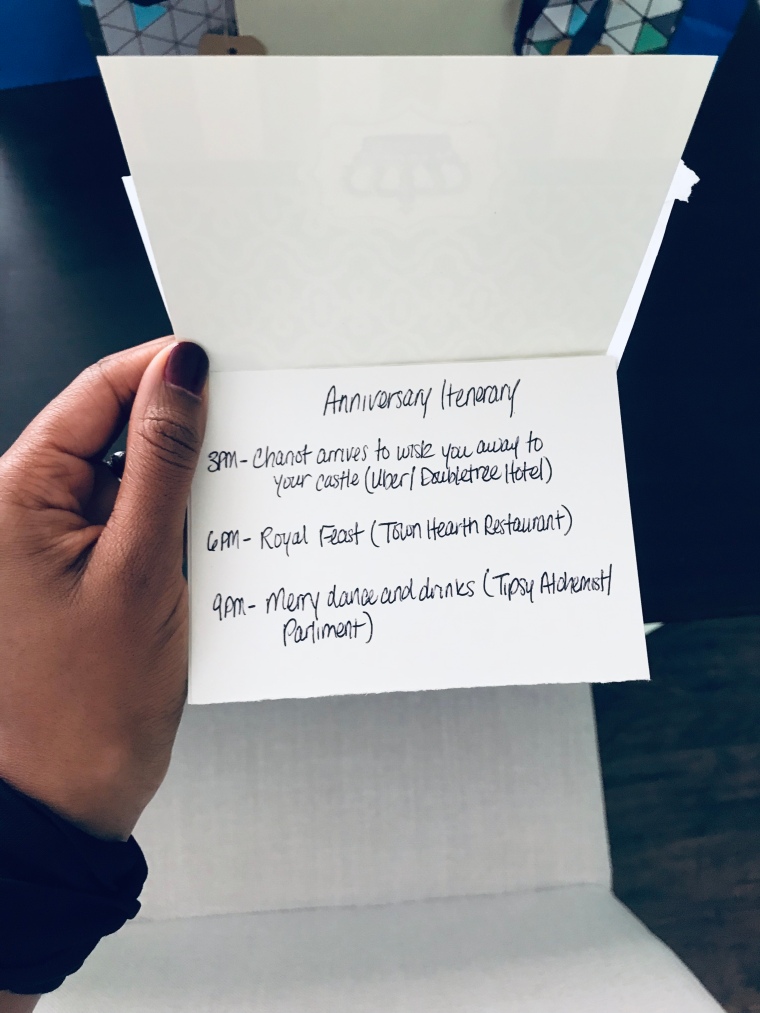 Finally the secrets were out! I was going to be staying at a hotel in Dallas (compliments of an Uber driver that hubby picked which I later found out was my brother in law), then dinner and drinks after.

Hubs sent me ahead of him to the hotel so I could have enough down time and relax before getting ready for dinner. I was super appreciative of that simply because I usually don’t get total down time.
Later on after hubs made it to the hotel, we rode down the street to Town Hearth. Now this is a spot I had never heard of and hubs had to make a separate trip all alone to scout it out because there is literally ZERO information about this place online. There’s no menu, no pictures…..just the address and phone number. 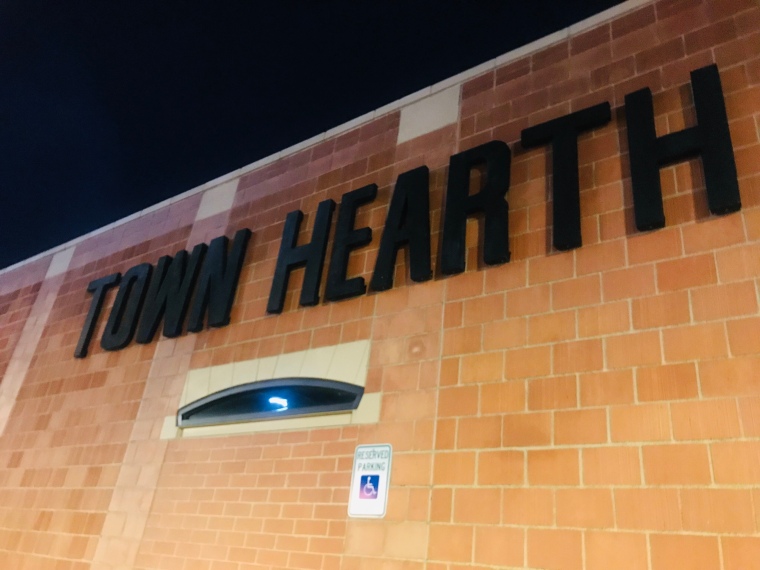 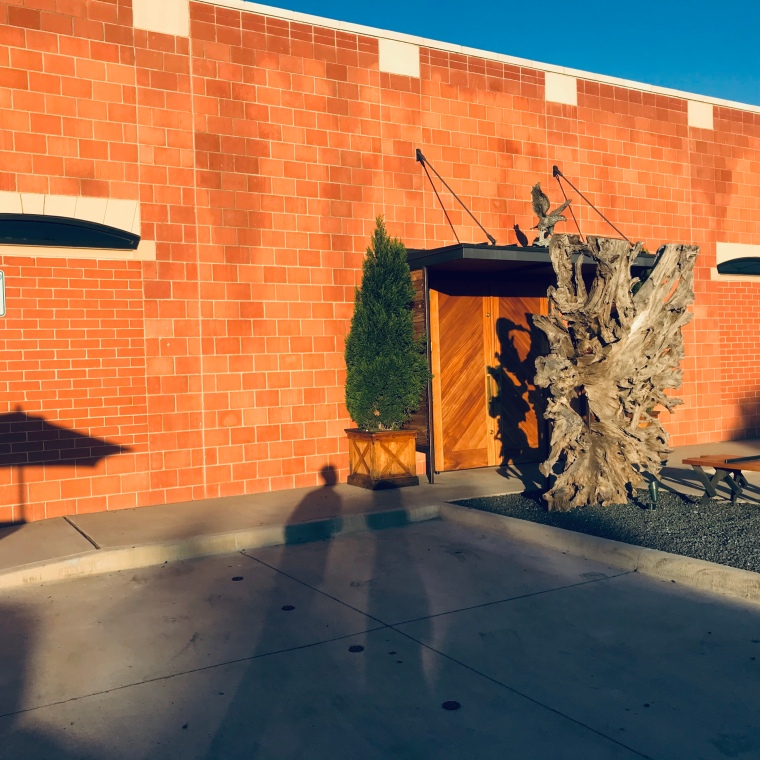 This will easily be a favorite spot for me. It’s a little more unassuming at first, but once you walk inside you’re greeted by a massive room romantically lit with beautiful chandeliers! They are everywhere (64 to be exact). We were seated right next to the buzzing kitchen and the 1961 MG-A Convertible parked right at the center. 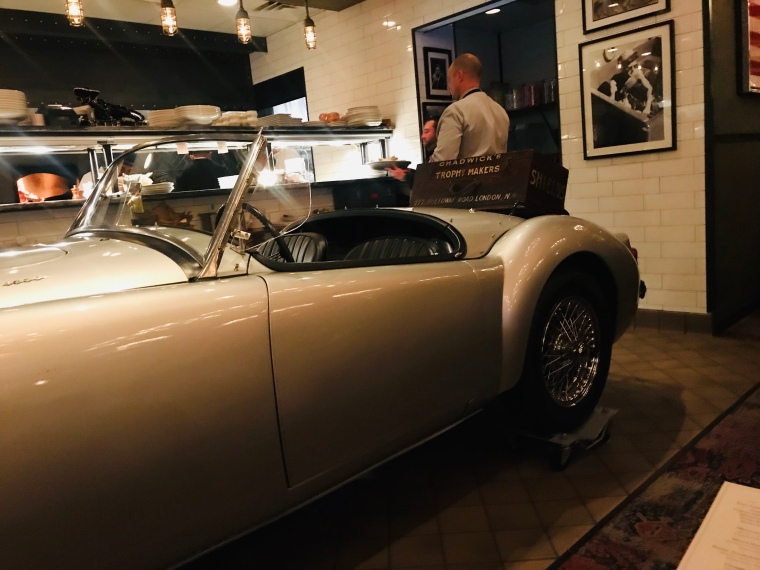 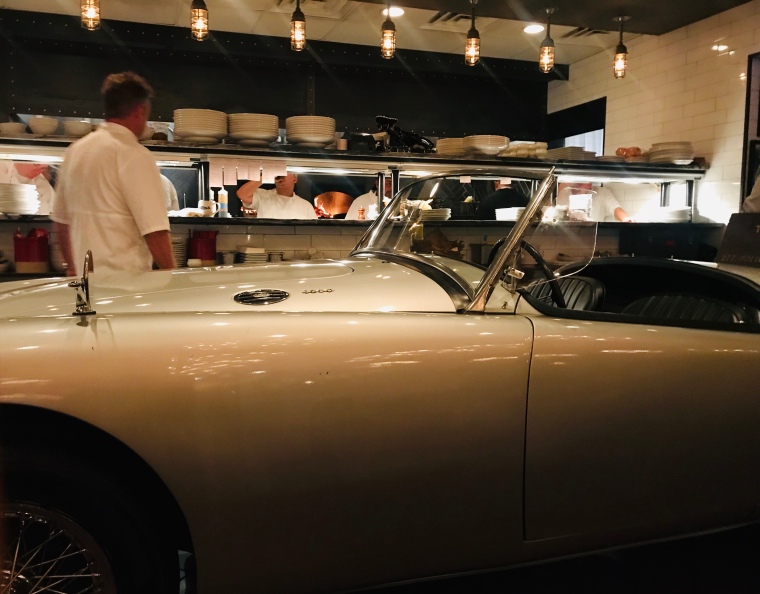 Not only was the atmosphere stunning, but the food….OH THE FOOD! To start, we got a Tot Poutine: A pile of tater tots on top of gravy with a sunny side duck egg on top. Yum!! And hubby had the nerve to ask if I wanted to start with a salad LOL! 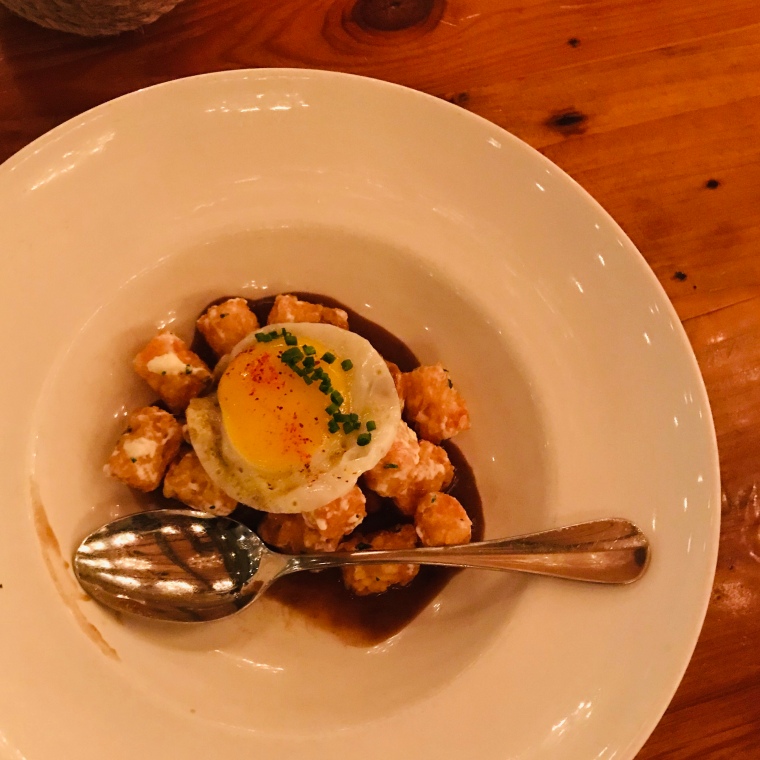 For the entree we ordered what’s called “The Lenox” a bone in prime rib made for sharing. They don’t ask you how you would like to have it cooked either, they are going to cook it the way it’s meant to be cooked; to perfection. We also had the casserole mac and cheese which I highly recommend. It’s gooey, rich, and homey. 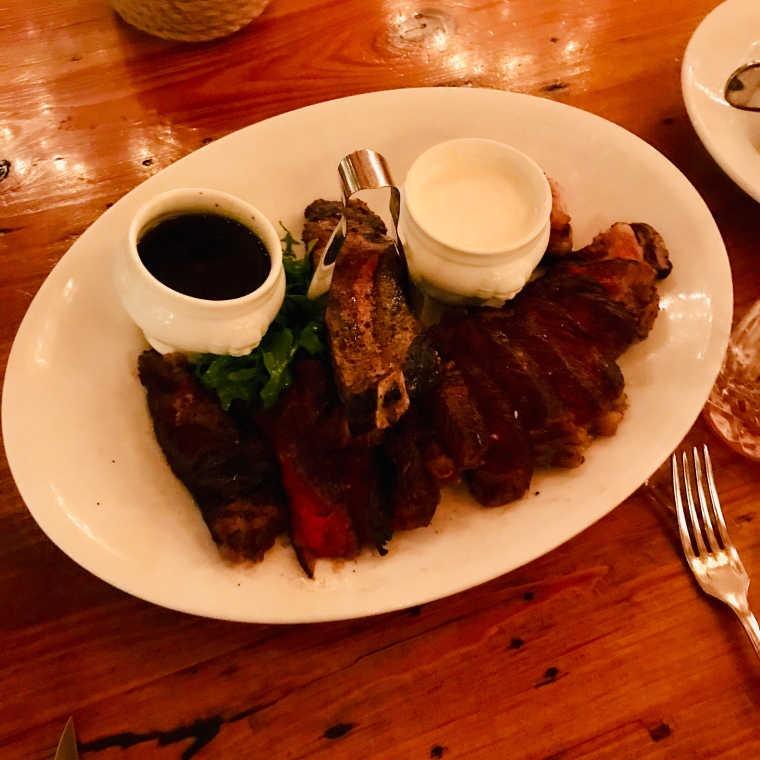 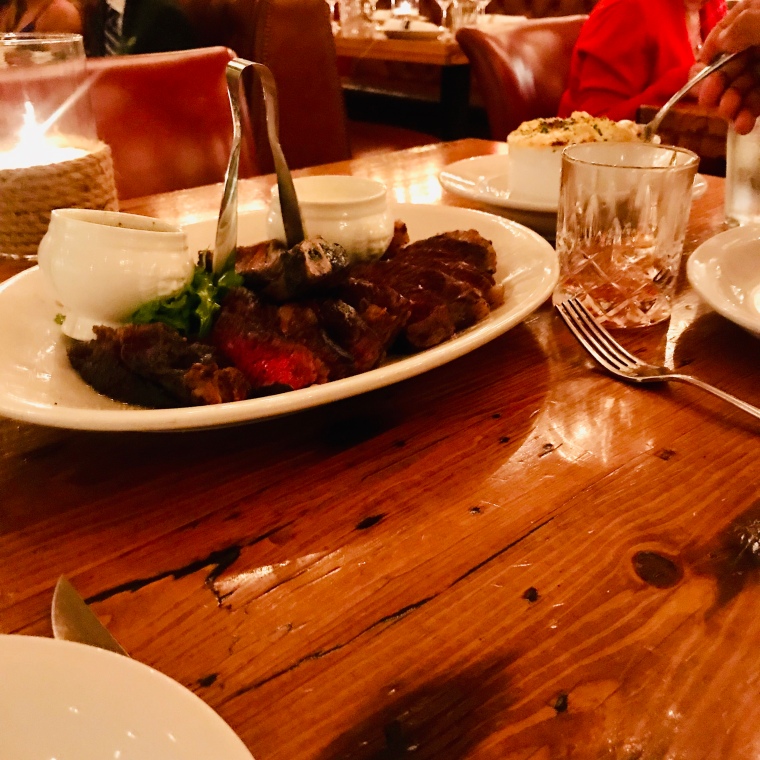 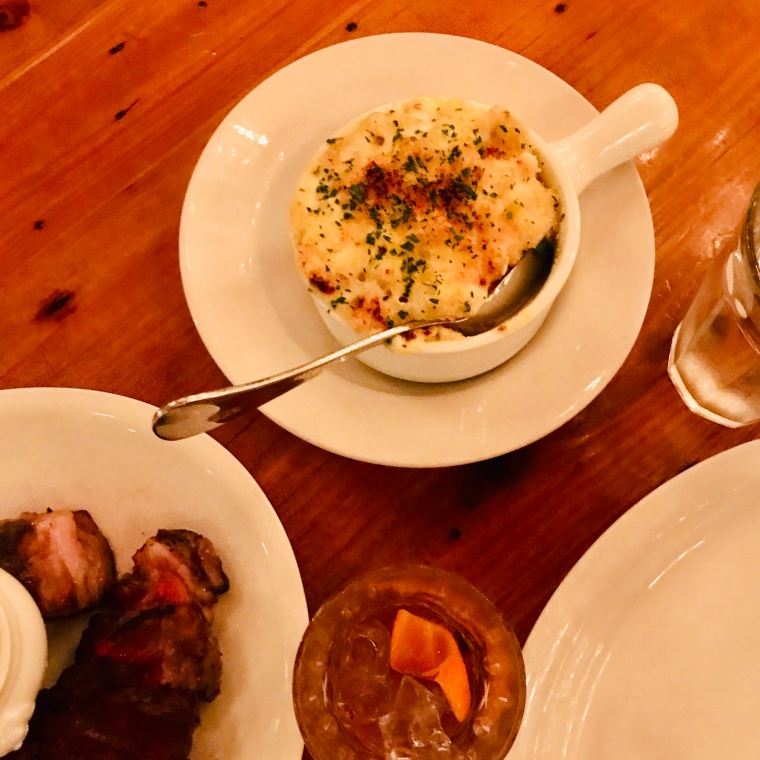 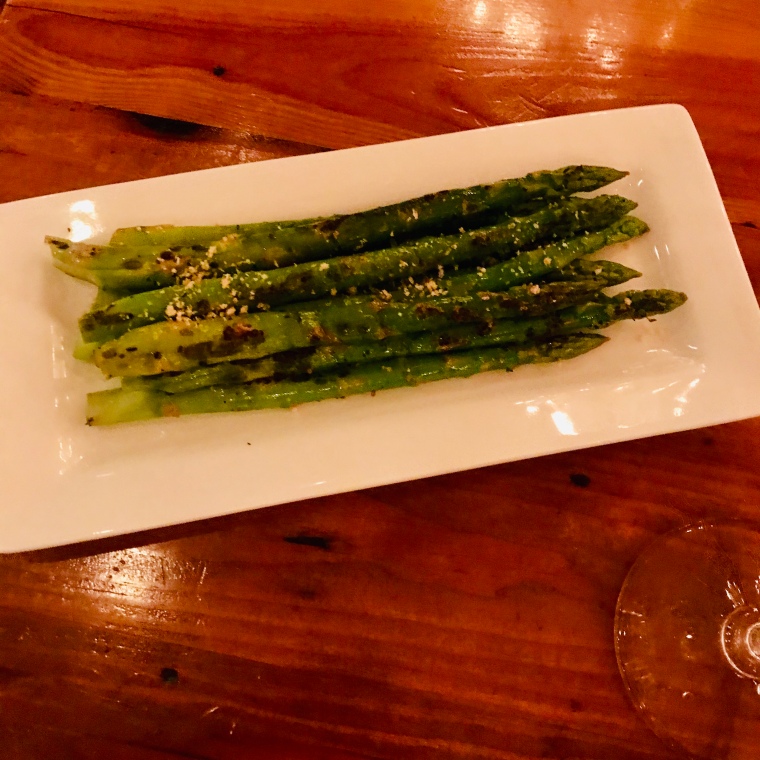 And of course dinner is not finished without dessert! We chose mudpie. It’s like a chocolate ice cream cake with Oreo crust. It was so big we struggled to finish, but believe me, we certainly tried. 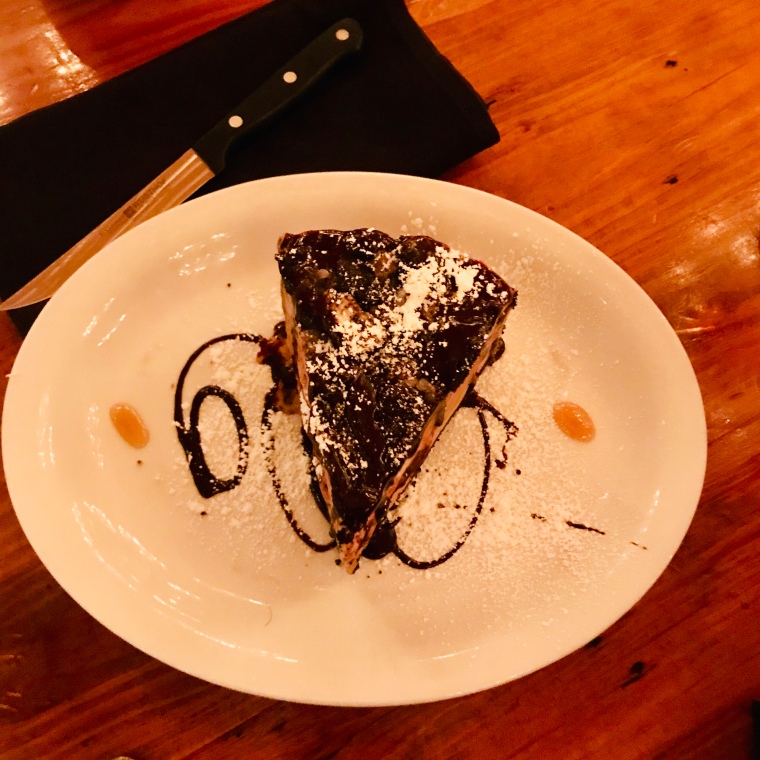 And then cherry on top of an already amazing dinner was when Darren Woodson (formerly of the Dallas Cowboys) walked in and was seated at the table right across from ours! He even acknowledged hubs with a nod. RJ talked about it throughout the evening. He’s actually captured in the picture we took after dinner lol! 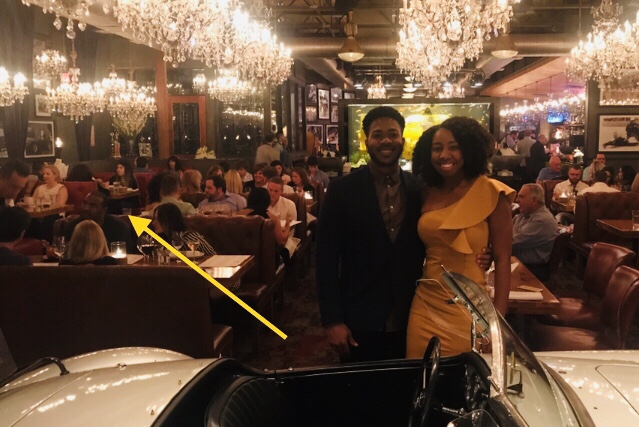 So after all of that it was time for some after dinner drinks and lounging. Hubs planned for us to go to Tipsy Alchemist and Parliament, but we ended up staying the entire evening at Tipsy. It was so much fun. We ended up meeting another married couple and their mutual friend. We kicked it with them pretty much the whole evening before calling it a night (we are parents after all LOL). 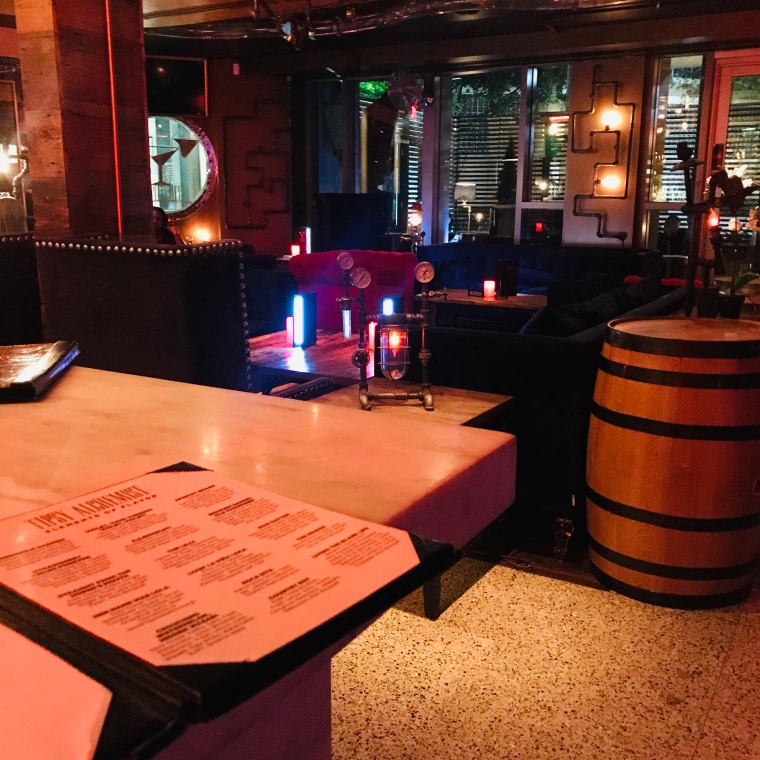 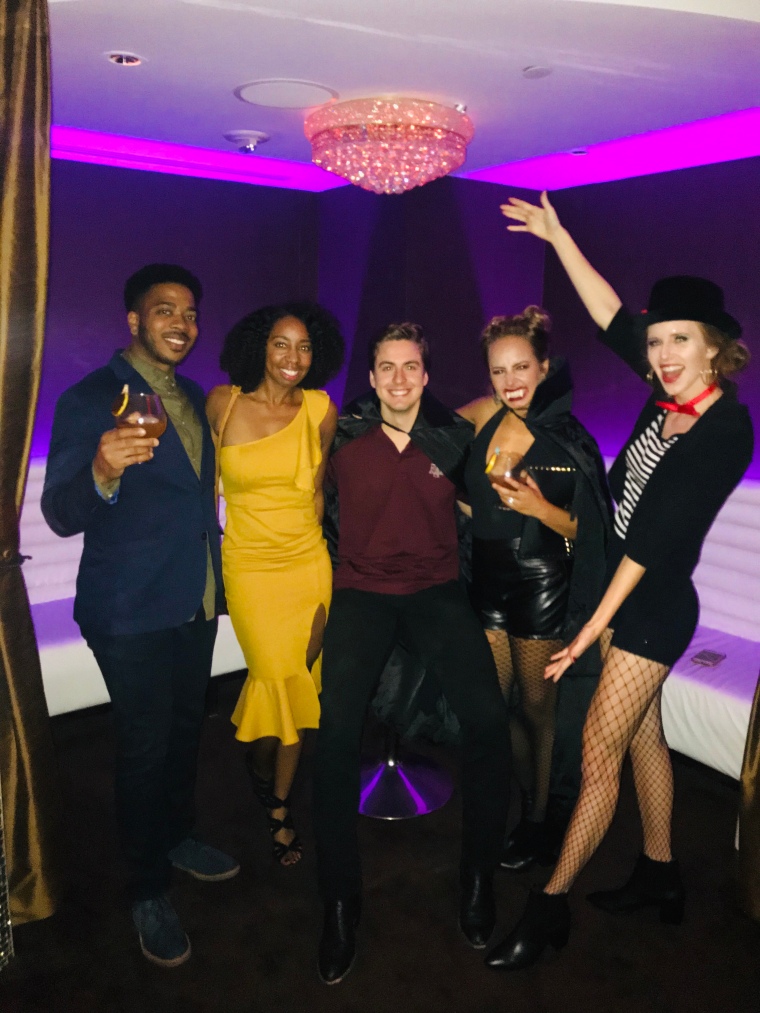 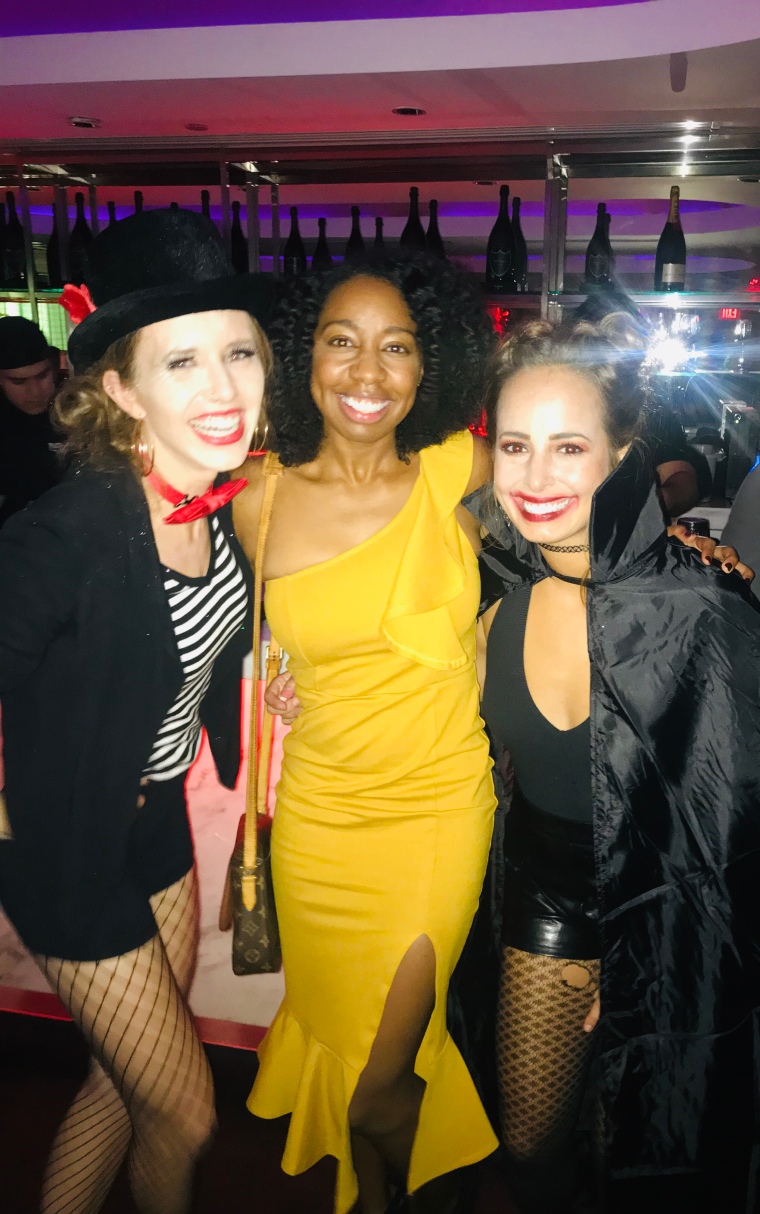 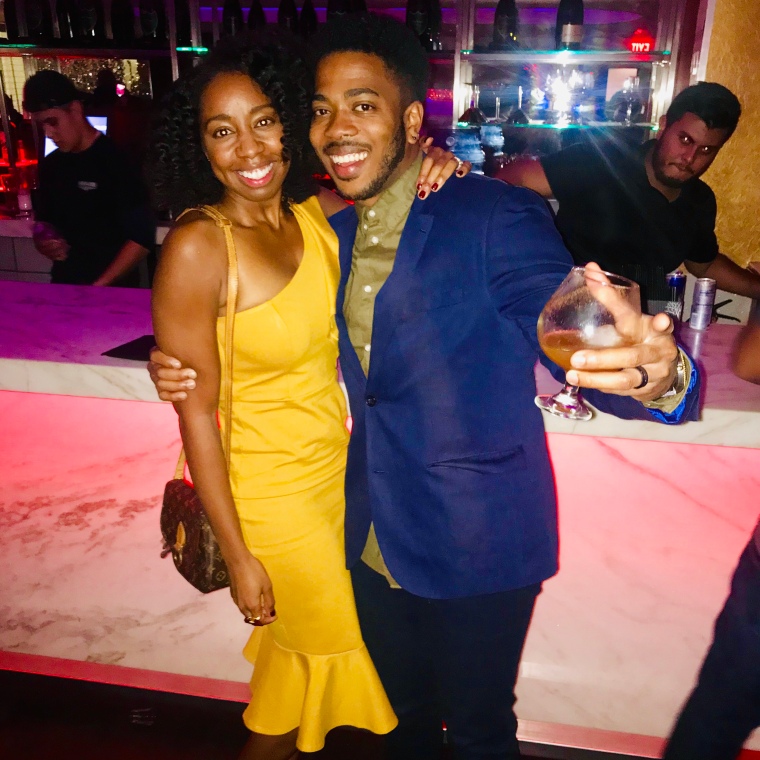 This was probably one of the best Dallas experiences I’ve had hands down. I enjoy visiting and something magical always seems to happen when hubby and I get out for a night on the town. I’m so blessed to be married to him and have the opportunity to do life with him forever.
Hope you got some great date night ideas from this post. Til next time 😊