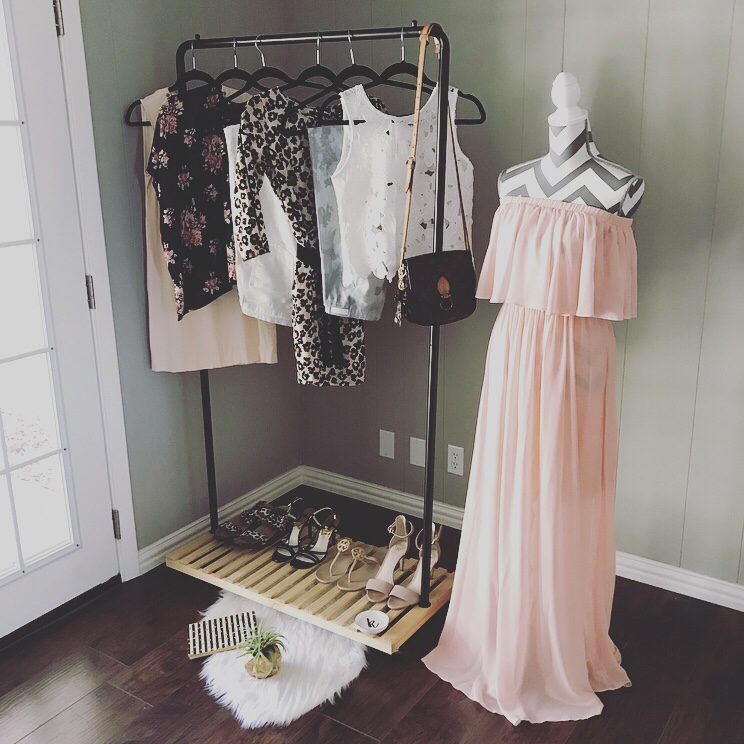 I’ve been debating about writing why I Posh in the first place. Even as a college graduate, I had always been more interested in the visual creativity of fashion vs. the analytical creativity side that I got lost in. It was never a question of if I was talented, but who was going to give me a chance to show my visual creativity. So many bumps and bruises along the way, but I finally feel like I’m right where I need to be. Here’s my story:

There’s a huge difference between what you’re good at and what you enjoy. It wasn’t even until my junior year in college that I was told the title for the role I was interested in…..Styling. I’ve been misnamed as a designer on several occasions, and that’s absolutely NOT what I do lol! Just to clear up any confusion, I’m the person in charge of dressing an individual, not constructing the garments.

Once I finished school, I immediately began working at Abercrombie & Fitch as a visual manager after completing their training program. While I thought the role was fun, I still lacked the freedom to be visually creative. I enjoyed making sure the store presentation was top notch, however, I wanted to be in charge of the direction it would go rather than getting corporate instructions to follow (Just as a side note that’s typically how it went. Corporate sends out what they want you to create and your job is to execute).

It wasn’t long before I decided to leave the sales floor and go join in the corporate ranks and attempt to be more in charge of visuals on what I thought at the time was a more impactful level.

The next part of my journey landed me in a trainee program at J.C. Penney. While my overall goal to be a stylist remained the same, I initially started off working as an Inventory Analyst for their catalog and internet. Even though inventory analyzation was no where near close to what I wanted to do, I thought at least getting my foot in the door would help my journey along the way.

I. WAS. WRONG. Most places want someone who is going to have a lot of tenure and experience before jumping into the creative direction of a company, neither of which I had at the time. I watched myself be moved from team to team, role to different role, going further away from what I initially came to do.

I watched helplessly from the sidelines while others seemed to enjoy their jobs to no end. Why couldn’t I be like that? Why couldn’t I be satisfied? Why was I so particular and picky?? I started to doubt myself. I started to think maybe because I was good at analyzing inventory, I should just shut up and enjoy it. Even when I got promoted to my second role within the company as an Internet Execution Specialist, Styling was still an itch I needed to scratch.

I ended up scaling back on the financial side of things to take up a job at Forever 21 as an actual stylist. I had plenty of outside experience from interning at places like Nordstrom and a wedding dress boutique. I even did some styling on the side to keep me visually sharp.

The experience at F21 was refreshing. I had a bit more freedom in how styling and presentation went. However, on a personal note and opinion, there were too many rules that just stomped out my little fire. After working for a month I felt burnt out and almost worse about myself to the extent I wanted to leave retail all together!

I gathered my bearings and made my way to an eventually retail-less role. I was fed up with rules, politics, computer screens, and talk about stuff I really didn’t care about. I was over the drama, the meetings, the “customers always right” quotes…I had had ENOUGH!

I think in a way I needed to get to that place because my final Hail Mary attempt came way back in 2014 when I took a job at Pier One Corporate as an Allocator (literally the same thing I did at JCP except I allocated for stores).

Everything was wrong with me, not the job. I tried to force myself to be a corporate gal. I tried and failed miserably. After only 10 months, I threw in the towel and my gracious husband let me be a stay at home wife while I figured it all out.

It took me a while, but I finally realized that I DID still enjoy retail, just not the way it had traditionally gone for me. I also realized I wanted to be way more in charge than I had been. I wanted to take the risk, call the shots, and truly see what I could do.

This is where Poshmark came into play and why I enjoy Poshing so much. I decide how to style an item, I set my price, I promote, I sell, and I do it all again and I LOVE it. It allows me enough freedom to push myself and challenge my thoughts on how I make retail work for me. It’s fun, frustrating, and time consuming, but I wouldn’t trade it for anything.

All I have is a tiny corner in our home and that’s all I need. In a way, I wouldn’t be here without all the other experiences I’ve had so I am thankful for that.

In closing, I’d like to end with a partial quote from the song in Rodgers & Hammerstein’s Cinderella:

6 thoughts on “Posh With Purpose”