Who doesn’t love a Posh Party? You scroll through your listings sharing your items, shopping other amazing closets, and singing praises to those who have been fortunate enough to land a host pick. But what happens when you’re the one hosting? I’m about to give you the inside scoop on what happened during my first time as a Posh Party Host as well as some tips and key takeaways.*I have to preface this by saying I’m the type that likes to have a plan so when I found out I would be hosting I immediately began scouring the web to find out how to do it well. Of the advice I found, the most helpful article was from Elle who writes The Gray Asparagus Blog. Lots of good insight and tips for any Posher.

I’m sure every experience is different. So here is mine…

When I first announced I would be hosting a few weeks prior to my party date, I expected an increase in notifications…the problem was, I didn’t understand just how much “an increase” really is. Literally looking on the app having upwards of 500 notifications shocked me! It didn’t even stop there, it continued to climb into the thousands on a couple of occasions. 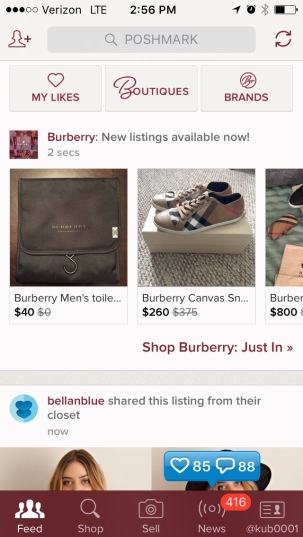 I didn’t let that shake me. I just had to get used to it. After getting over the initial shock, it was time to start pooling those who would get a host pick. When I received my email, Poshmark told me how many host picks I can give. In my case it was 100 max, 25 of which should be new closets and no more than 10 items from my own closet. I decided up front that I did not want to add any of my own items to the party because I had plenty of spotlight already lol.

I created an excel spreadsheet and in the weeks leading up to the party I would go through my party listing comments, tags, and requests searching for potential closets. I also searched fellow poshers who follow me on Instagram. Since Poshmark hadn’t given a theme just yet, I ended up searching very generally. I picked closets that had lots of items that could fit multiple themes. This ended up being very helpful because I didn’t find out the theme until 4 days prior to the party, but thankfully I already had a majority list of closets I liked.

On the night of, I have to say, I felt pretty prepared. I had my computer and phone next to me so that I could easily share and comment on each listing. I had a full list of selected closets as well as several back up new and established closets to chose from should anything go awry.

My strategy was to break up my closets into 4 groups so I could pace my shares. I didn’t want to run out of time so I made sure to do each group within a 30 minute time frame. I already had them numbered and grouped in my excel sheet, so all I had to do was copy and paste from my computer going down the line for each group. (I realize this probably makes me sound like an excel junkie…don’t judge me LOL).

Nine o’clock hit and I immediately started sharing. Since I was sharing from my computer and commenting from my phone, I decided to “like” every item I shared to the party and then on my phone go to my likes and copy/paste my host pick comment. At one point I did start running behind and in an effort to get the picks listed I stopped commenting for while.

I did run into a couple very minor hiccups as well. One was that while sharing, since I was on the computer I ended up sharing a couple items that weren’t even for sale. Poshmark advises to share only items that people have a chance at buying and rightly so. But since it was only 2 items, I wasn’t very worried about it.

One other thing that happened several times was on some of the larger closets I would find out after sharing that I re-picked an item that was already previously a host pick. I tried to find items that were brand new to a host pick, but when something looks good, it looks good. Great minds think alike so I didn’t feel too bad about that either.

Overall it was a very fun experience. A few items that I picked ended up getting sold that night which was nice. And it was really great to see some new poshers introduced to their first host picks.

If you’re coming up on hosting your first Posh Party or want some more insight, read up on some of my tips below.

Tip #1: Be prepared for A TON of notifications. You will go to sleep with 200 and wake up with 800….seriously. Don’t let that intimidate you and just be realistic. There’s no way to respond, view, or even keep up with that mass influx in attention, and that’s ok. I came to realize I am just one person so I just did my best.

Tip# 2: Have a plan. Trust me, the party goes by FAST. You think 2 hours is long, but once you get in there and start sharing time speeds up and you’ll be glad you planned ahead. Get a list of potential closets that you like, that way you can immediately go to them when your party starts.

Tip# 3: Stick to the theme and within the recommended guidelines. I cannot stress enough sticking to the theme. Not sticking to the theme makes the host pick section appear less curated and that’s against the point. Remember, people are there to shop and find a great deal. Help them find something quicker by providing the right items in the showroom.

Tip #4: Use the new people button and narrow by BRAND to find great new closets. I was stumped for a minute on how I would find new closets because when I’ve come across those who’ve just joined they typically have one listing and sometimes no listings. I got around this by going to the just joined page, BUT I narrowed the search to look for new poshers that also had a specific brand name in their closet. Chances are, if they are selling it, they have other listings too. I had a lot of success searching new closets that had Tory Burch, Vince Camputo, Michael Kors, and Rebekah Minkoff. (I know it might sound crazy but it worked). 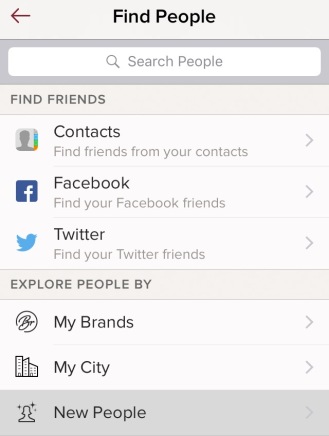 Tip #5: Don’t give yourself a host pick. This is actually up to the hosts discretion, but I think it’s cool to give your host pick to someone else so they can have the spotlight. I remember when I got my first host pick and I was sooooooo excited. I just couldn’t imagine snatching that up from someone else while I would be hosting too. Again, totally up to the host, but it’s a really nice gesture.

Tip #6: Pace your picks and save the best for last. Pacing picks ensures you can get all yours in. And what’s cool is if you save your favorite closets for last it’s a nice way to give first exposure to those who might shop the party later.

Tip #7: Have a list of backup closets to choose from. I had around 10 back up closets on my excel spreadsheet to use just in case I ran into issues. I ended up using all my back up closets. Issues like a closet doesn’t have anything that matches the theme, a closet no longer exists, a closet is no longer compliant, or a closet just might have so many host picks already and you’d like to give it to someone who doesn’t have many are all issues I ran into on my night. Having another go to list helped save me tons of time.

Tip #8: Be memorable by adding a host pick note. Mine was “✨Who’s that girl?✨ Check you out lookin’ too cool for school😎 I’ve chosen this as a “Back To Campus Style” Host Pick💕💕💕”. Just a fun way to be memorable. And those who you’ve selected generally want to find and thank who chose them.

Tip #9: If time stars running out, get your new poshers shared first. Again, this is completely up to the host, but it’s another kind gesture to at least give those who haven’t had a chance a chance to shine.

Tip #10: Although I don’t think it would happen, if you can’t find enough host picks, rely on your PFFs. Birds of a feather tend to flock together. And your PFFs are those who you know and trust. I had several wonderful recommendations from my posh friends. And found some amazing closets because of it.

So there you have it. The entirety of my experience hosting my first Posh Party and some key takeaways. I will be posting a blog next week where I talk about what I looked for when choosing host picks. My selections weren’t based on the typical answers you might be thinking. Be sure and check back next week to find out :D. Happy Poshing!